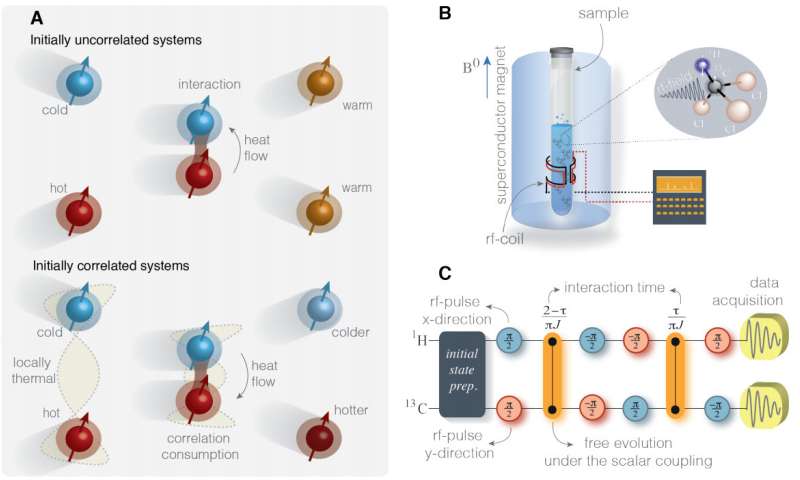 (Phys.org)—An international team of researchers has conducted an experiment that shows that the arrow of time is a relative concept, not an absolute one. In a paper uploaded to the arXiv server, the team describes their experiment and its outcome also explaining why their findings do not violate the second law of thermodynamics.

The second law of thermodynamics says that entropy, or disorder, tends to increase over time, which is why everything in the world around us appears to unfold forward in time. But it also explains why hot tea grows cold rather than hot. In this new effort, the researchers found an exception to this rule that works in a way that doesn’t violate the rules of physics as they have been defined. Meet Obi – the first robotic feeding device of its kind.