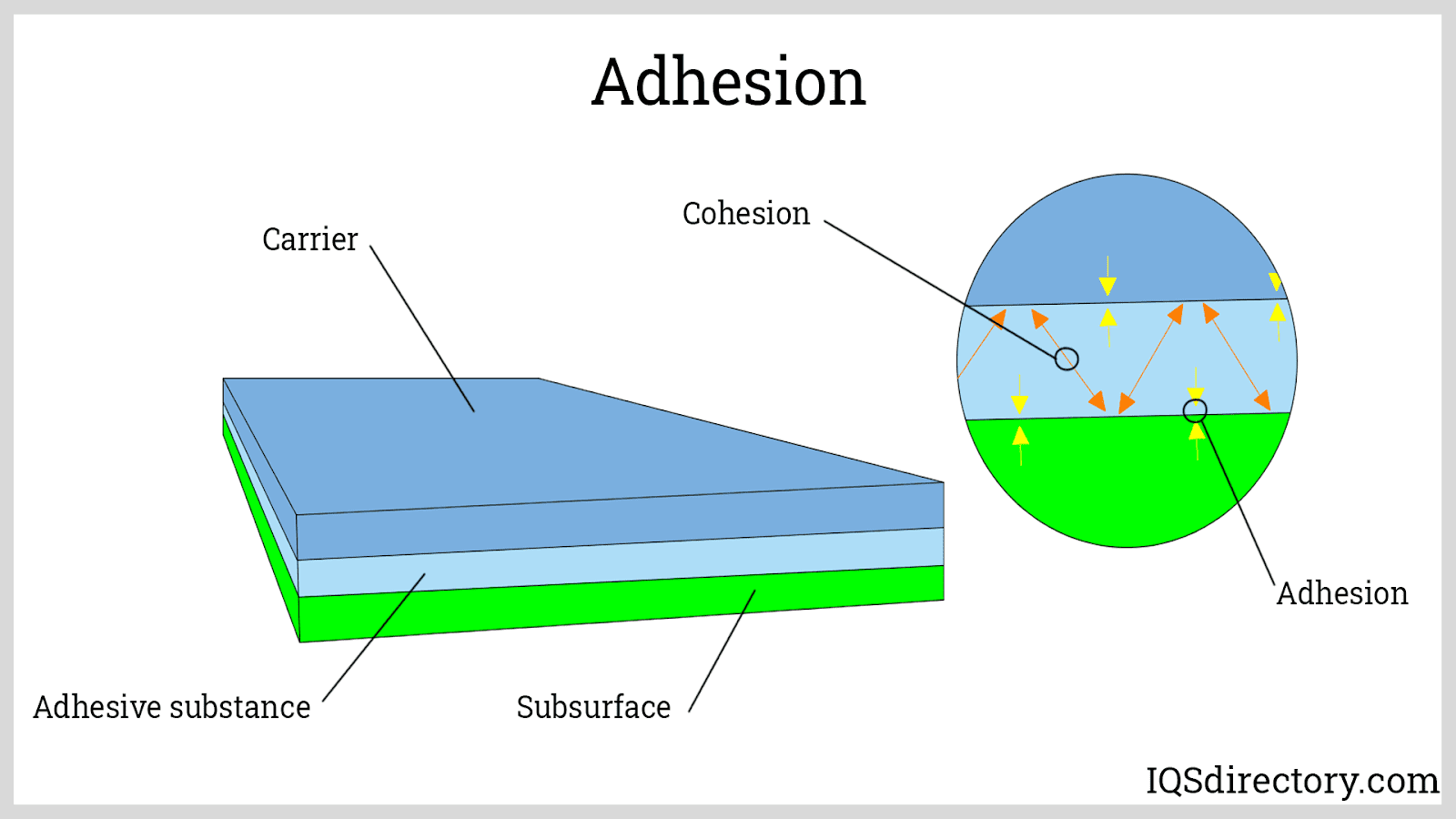 Probing Adhesion of ‘Tricky’ Materials at the Microscale: Scientists have been exploring and exploiting adhesion for centuries. Our knowledge of how to join surfaces has enabled numerous developments; everything from everyday products like sticky tape, to the micro-components on which today’s electronics industry relies. Adhesion in elastic joints is well understood, with models like the JKR (Johnson-Kendall-Roberts), DMT (Derjaguin-Muller-Toporov), and Maugis-Dugdale exhibiting excellent agreement with experiments. However, the theoretical basis for viscoelastic materials is less well-established, thanks to the additional sensitivity that such materials display to the velocity of establishing or removing the contact (crack speed), applied load, temperature, and time of contact.

Experimental techniques such as optical microscopy and interference patterns provide a way to observe contact behaviour at the millimetre and sub-millimetre scale. Once you reach the microscale, that behaviour can only be inferred through indirect measurements, and for this, the atomic force microscope (AFM) is the tool of choice.

In their latest paper, published in Polymer [DOI: 10.1016/j.polymer.2022.125445], researchers from the University of Bologna used an AFM to probe viscoelasticity at the microscale. In particular, they investigated the adhesion behaviour between polydimethylsiloxane (PDMS) and a glass colloidal probe, using a fracture mechanics approach. They chose PDMS because of its widespread applicability to a range of industries, and because it exhibits a very useful materials property – its elasticity can be tuned, by varying the curing time, chain length, and presence of defects. Five samples, ranging from fully elastic to incipient linear viscoelasticity, were prepared. The AFM probe was a borosilicate particle, with a diameter of 10μm.

Their experimental method was relatively simple; obtain a series of force-indentation curves at different approach and withdrawal speeds for each of the PDMS samples. By their model, the adhesion force between the probe and sample corresponds to the minimum of the retraction trace. They used the retraction trace to evaluate a series of parameters, including the reduced Young’s modulus, E*, and from this, could then calculate the energy release rate, G, and the crack speed, v – analytically. The authors write that the advantages of this method are “that it is computationally straightforward…. and it also works in the case of very slow speeds, where there are limited or incipient viscoelastic effects.”

When force curves were acquired at low speeds, they found that adhesion behaviour was consistent across all the samples. However, as the AFM head speed was increased, two samples displayed viscoelastic behaviour. The same two samples also showed a change in the energy release rate with crack speed.

They then compared their findings to previously-published macroscale adhesion experiments, i.e., tack tests. In these, PDMS was seen to greatly deform under the probe. During withdrawal, the contact area between the probe and sample decreased, with “air fingers” forming and spreading around the contact line until the two surfaces detached entirely.

Probing Adhesion of ‘Tricky’ Materials at the Microscale: Original Article

Team increases adhesiveness of silicone using the example of geckos