Producers’ efforts to rebalance supply and demand in their favor appear to be bearing fruit. 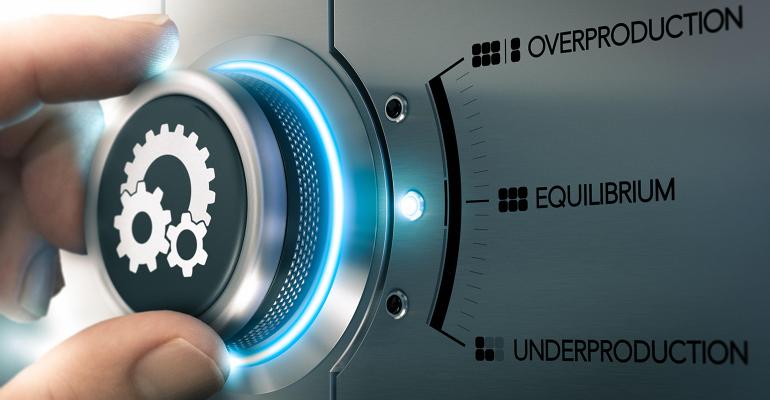 Plastic Resin Price Report: Demand Improves, Supply Tightens: The week of Oct. 17 was the most active of the month so far in the spot resin markets, reports the PlasticsExchange in its Market Update. Average prices for both polyethylene (PE) and polypropylene (PP) held flat amid better demand and tightening supplies. Resin producers have made a concerted effort the last couple of months to rebalance supply and demand and regain pricing power by aggressively reducing reactor run rates alongside massive discounting to increase exports. The strategy appears to be working.

Plastic Resin Price Report: Demand Improves, Supply Tightens: Although there are still very sharp prices for PE in the domestic market, more so for off-grade than Prime, most suppliers seemed less eager to chase low-ball bids, and it appears that some of the competitive quotes sellers are asked to meet do not really exist anymore, according to the PlasticsExchange. PP remained well supplied, and while producers were still willing to cut deals to lock up Prime orders for Q4, the flow of off-grade railcars has been reduced. Houston PE prices were fully firm to as much as two cents higher, as several producers have already completed their export sales for October. Others simply raised their prices for incremental deals.

Though Houston-area warehouses remained nearly full with a solid stream of railcars still en route to be packaged, much of this material has been pre-sold into the export market awaiting shipment, as logistics constraints are still causing delays. The stable market has not entirely shifted sentiment from bearish to bullish; instead, it has landed in a more neutral position that probably will keep upcoming October PE contracts from seeing another substantial decline. PP, on the other hand, remains under considerable downward pricing pressure.

The PlasticsExchange anticipates a double-digit decrease for October contracts, which it attributes both to a drop in PGP monomer costs and another reduction in production margins. Keep in mind, though, that new monomer production and new resin capacity for PE and PP are still expected to come before the end of the year, adds the Chicago-based resin clearinghouse. As always, however, startup delays can’t be ruled out.

There were no significant production disruptions during this year’s hurricane season, and the peak period is winding down. Freezing temperatures will be the next weather-related threat to operations as winter approaches. It has been exactly 20 months since winter storm Uri knocked out virtually all petrochemical and resin production in Texas and severely paralyzed truck and rail logistics.

All eyes on power grid

Plastic Resin Price Report: Demand Improves, Supply Tightens: The stability of the state’s power grid will be on everyone’s mind once the first major cold snap hits. Logistics are also concerning, not only because of rail congestion and the limited supply of readily available trucks but also because of the looming threat of a potential rail worker and dock worker strike ahead of the busy holiday season next month. Both of those industries have yet to agree on new labor packages.

Plastic Resin Price Report: Demand Improves, Supply Tightens: PE continued to transact as the dominant resin across the PlasticsExchange’s marketplace, with relatively heavy completed volumes. Pricing averaged out around steady amid continued consolidation — the low end of the market firmed further while the top side of the market eased again as price discovery moves downstream. High-density PE Blow and low-density PE Film were the primary movers this week; linear-low-density PE saw little action. Buyers are starting to jump on these low prices while they can, as the market appears to have found its floor and producers continue working down inventory levels.

October is likely to show another decrease from producers’ collective stockpiles, which could be very significant if operating rates remain below the 80% level. Still, despite ample supplies and aggressive pricing for most PE materials, some more obscure grades are becoming exceedingly difficult to source, including low-density PE for Injection, EVA with high vinyl acetate content, low-density polyolefin elastomers, and roto-molding resins in general. Meanwhile, October contracts have yet to settle, despite outstanding nominations to increase prices by $0.05 to 0.07/lb. The PlasticsExchange does not expect implementation based on the weak but improving supply/demand fundamentals and the lack of any significant production outages. Instead, contracts are gravitating toward flat, which would be considered a win for producers as they seek to put an end to the slide and reverse pricing back to the upside.

PP trading was still slow but showed signs of improvement late in the week, as monomer prices rallied, leading some to believe that October potentially could be the trough month of the pricing cycle. PP prices held steady at the PlasticsExchange, with a firming undertone, which was notable after the recent five-week slide amid the larger five-month freefall. Overall PP supplies remained robust, with good availability for railcars of most Prime grades of both homo- and co-polymer PP.

While demand was riddled with low-ball bids, sellers took a step back and did not chase orders. There was good ongoing demand for packaged truckloads from processors that have drawn down their on-hand stocks and required material, and also from others just waiting for late railcars to arrive. There was considerable underlying demand for railcars of off-grade co-polymer PP high flow, which has become limited in the spot market. Similar to PE, PP producers have been reducing operating rates to limit production as they try to regain control of the market. The PlasticsExchange said it expects to see a very large decrease confirmed for October contracts, which could total as much as $0.15/lb, including a dime or more from the decrease in monomer costs and the balance from a reduction in PP margins.

Read the full Market Update, including news about PGP pricing and energy futures, on the PlasticsExchange website.