LOGAN, Utah, March 6, 2018 /PRNewswire/ — Utah State University’s (USU) Buried Structures Laboratory has published a second comprehensive study on break rates of the most commonly used water pipe materials titled, “Water Main Break Rates In the USA and Canada: A Comprehensive Study.” The Buried Structures Laboratory has a large scale testing facility for pipes and underground structures. USU is also home to the Utah Water Research Laboratory (UWRL), which has been a world leader in environmental research and water policy for over 50 years. UWRL is the oldest university-based water research facility in the U.S.

Dr. Steven Folkman, co-author of Buried Pipe Design and author of a 2012 USU water main break report, has completed a new pipe materials survey in which over 300 utilities responded, representing approximately 200,000 miles of installed water mains. The 2018 study was able to get respondents from 48 states in the U.S. and 7 out of 10 provinces in Canada, representing a 49% increase in survey responses and 45% more miles of pipe compared to the 2012 study, increasing its statistical validity. Utilities that provided data serve a population of over 52 million people, representing 14.5% of the total population of the U.S. and Canada. The survey recorded 23,803 pipe failures that needed repairs which is a significant basis for break data. This is one of the largest surveys conducted on water main breaks and the results give an accurate representation of water pipe condition and operation in North America. The report can assist in revising pipe service life assumptions used in the past.

Water main break rates are an important calculation to assess pipe performance and durability, and are the most critical metric used in water infrastructure asset management as well as pipe repair and replacement decision-making. “This report provides greater insight into the drivers of the aging water infrastructure crisis and offers data which utilities can use to benchmark pipe material performance. It will be a valuable asset management planning tool for water utilities,” says Dr. Folkman.

Overall, break rates have increased 27% in the past six years. Utilities should be concerned that break rates for cast iron (CI) and asbestos cement (AC) pipes, which together represent almost half of the installed water mains in North America, have increased 46% and 43%, respectively, since 2012. Together, CI and AC pipes are mostly responsible for the spike in pipe failures. CI and AC pipes are no longer manufactured and are now reaching the end of their expected lives.

The study also discusses how water main failure rates for CI and AC pipes could increase exponentially over time. “One could envision a rapid increase in break rates in the near future for cast iron and asbestos cement pipes. Utilities across the country would need to rapidly accelerate their pipe replacement schedules to avoid potentially serious economic and social impacts. If a break rate doubles the economic impact is significant: one would need to double the number of personnel repairing failures along with supplies and materials while loss of treated water increases. Societal impacts would be devastating if the break rates reached exponential levels,” says Dr. Folkman.

A critical new finding is that smaller municipal utilities have twice the water main break rates as larger utilities. “With less revenues and resources, smaller municipalities will need to use the most cost-effective and durable pipe materials available to address pipe renewal and rehabilitation requirements. Larger municipal utilities, however, are not faring much better, since the rate at which they are replacing the pipes that are now beyond their useful lives is inadequate,” says Folkman.

A reconfirmed major finding is that polyvinyl chloride (PVC) pipe has the lowest overall break rate when compared to cast iron, ductile iron, concrete, steel and asbestos cement pipes. PVC was also the pipe material with the lowest break rate in USU’s 2012 study.

Other national benchmark findings include:

Dr. Folkman is a registered professional engineer, a member of the American Water Works Association (AWWA) and a member of the Transportation Research Board Committee on Subsurface Soil-Structure Interaction. He has oversight of USU’s Buried Structures Laboratory. 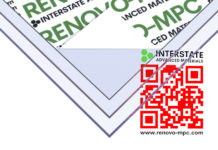